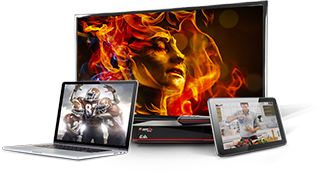 Save a Bundle With DISH TV and Internet!

We Make it Easy to Get the Best Deal!

Get Started and Save A Bundle

Get DISH TV and internet all in one place. By combining offers from all of the major internet and phone providers in the country, we are able to quite literally help you save a bundle!

Fill out the form below so we can find the best deals in your area! An agent will call you back within five minutes - during normal business hours - and we'll have you taken care of in no time!

You already know that a DISH TV package provides your favorite shows at the best value. Did you know you can boost your savings even more by bundling it with high-speed Internet? Relax, and get ready to pay less for more with BundleFinders! We use it to find your best local deals on bundled TV and Internet packages.

Just fill out the form and we’ll start hunting for the best bundle available. Please expect a call within 5 minutes during normal business hours.

Why Bundle With DISH TV?

Transform your computer, smartphone, or tablet into your TV and enjoy the comfort of home from anywhere! Now available on Amazon Fire TV products!

Our free mobile apps let you manage your DVR and even view live TV and DVR content using our Sling technology.

Welcome to the future, where DISH has exciting apps for news, sports, entertainment, gaming and more.

By combining offers from all of the major Internet providers, we are able to quite literally help you save a bundle!

So far so good but where is my CBS…

So far so good but where is my CBS channel

You fixed my not getting CBS

You fixed my not getting CBS because of a money dispute. I now stream it on my laptop. You taught me how to stop the DVRing. Now if you could fix the daily reset of my internet connecting. It is very annoying.

The installation was very…

The installation was very professionally done. I am enjoying my GODISH.

The tech done a great job

The tech done a great job Everything works great

Techlnician was very polite and…

Techlnician was very polite and professional.

2nd attempt to subscribe to DISH did work. 1st attempt for some reason failed. Nit a quick or easy process.

After several failed attempts of trying to log in and resetting my password I realized (after another reset) that my user name is case sensitive? Never experienced this before. That’s the only reason for 4 stars and not 5..

I Love Dish network! Get alot of channels for your money. Customer service is awesome! Went step by step to help me reset the internet on my tv!

Great job from the installation guys

Great job from the installation guys! Love it so far! Not so easy to get your rebate. They could make that easier. We will get a 100 dollar rebate. Same day we got a 300 dollar offer in the mail. That did not make me happy.

Everything to this point has been…

Everything to this point has been absolutely great. I have to say that the technician that came to our home, Dustin, was outstanding at his job, a total 10 out of a possible 10 to him on all aspects of handling his job as well as his communication skills. Great with our 17 year old and his friend that was over. We’ve been very pleased with everything, including the customer service follow up call just to check in to see if everything was going good and if we had any questions. Thanks all 👍

They DO take responsibility!

I am now about to hit one month of having the service. Within the very first week of installation, the channel guide was showing the incorrect time. Had to physically click in a channel to find out what was playing.I called customer service and they had me do that fix all step for electronics. You know, unplug for 15 seconds and then plug it back in. It said it was updating however, it did not. The customer service rep told me not to turn my receiver back on for at least 15 minutes and hung up with me before it was complete because "it said what it was supposed to", it did not work. After 3 days of not being able to watch tv on the tv with the hopper due to acquiring a signal, I was not happy at all. I called called customer service again asking if there was buyer's remorse or something because I did not want this service. I felt like sold my soul to the devil for a 2 year contract for something I could not use properly. I advised the rep I already did the unplug thing...I told her I tried everything I could myself before calling. I was still asked to unplug the power source. FRUSTRATING! She did everything the previous rep did except she stayed on the phone through every step, and I felt she was sincere in her apology and her determination to fix my issue. Then she tried something from her side and realized I needed a tech to come out. The tech was AMAZING explained what was wrong and that was nothing I could do that would have fixed it. There was a pin hole in something which was causing moisture to get in a disrupt the signal. I was very gratefufor him l and I have not had any trouble since. I am very pleased with my dish service now. I just didnt like that I had to go through all that within my first 8 days of having this service. The first person I spoke with should have resolved this issue.

I am pleased with dish at this time

I am pleased with dish at this time